The Tax Manager at Deloitte S.C., Cecilia Valverde, points out the advantages of doing business in Uruguay

Advantages of doing business in Uruguay

Uruguay has currently around 25 social security agreements in force, some of which date from the 80s (such as that signed with Italy and Portugal), while some others are more recent as it is the case of Germany, France, Luxembourg, Peru, Switzerland USA. These agreements are independent of those that avoid double taxation at an income tax level.

In terms, although some may have specific distinctive features, the agreements include two important benefits for workers: temporary international transfers between countries and totalization of working periods.

Throughout this article, we will explain each of these general benefits, although it is important to verify the text of the agreement to the provisions applicable to each specific case prior to application.

The general rule in terms of social security is that workers make contributions in the country in which the activity is carried out (territorial principle). The exception to this rule is embedded in Social Security agreements, in particular in the clause that regulates the temporary transfer of workers under what is called a Certificate of Coverage (CoC).

The procedure to request the CoC should be started in advance to make sure it is approved before the start of the activity in the host country. The CoC is requested in the country of origin of the worker before competent social security authority. Once approved, the CoC is issued for a specific period of time under which the worker can work in the country of destination and not contribute to the social security system.

Totalization of periods of coverage

Where a CoC has not been requested, the individual will have to contribute to the social security system of the country of destination (where the work is carried out), and according to the regulations of that country.

For these cases, the agreements determine a different benefit: the possibility to accumulate the years of work in the second country in order to benefit from the social benefits applicable according to each country’s regulation (disability, retirement, death, etc.).

In Uruguay, in a minimum of 30 years of work and 60 years of age are required in order to retire. If, for example, an individual contributed 25 years to the social security in Uruguay and 5 years in Argentina, it may request under the social security agreement that both periods are accumulated to totalize the 30-year period required for retirement.

This totalization is only for the purpose of determining the applicability of the social benefit (retirement in this case). , each country calculates the corresponding benefit based on local regulations, and they pay the benefit in proportion to the time contributed to each country (in the example above 5/6 in Uruguay and 1/6 in Argentina). If no agreement existed between both countries in the example above, the years of work would not be accumulated, and each country’s regulations may determine if it is possible or not to obtain the retirement benefit when the years of work required in that country were not enough.

Unlike the CoC, the totalization of periods of coverage does not require a previous procedure, but it is an automatic process that is run once the individual applies to obtain the social benefit before the corresponding social security authority (for example, when applying for retirement).

When evaluating transfers of employees to a different country (being it outbound or inbound), social security agreements are an excellent tool to take into consideration. The application of these agreements brings benefits not only to the but also to the company itself.

Uruguay has a wide range of agreements in force, and application is fairly simple in practice. This, together with other tax incentives available in the country, make Uruguay a very attractive destination to carry out business activities. 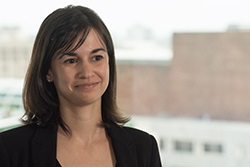