"URUGUAY'S PURPOSE IS TO BECOME A HUB IN LATIN AMERICA"

During the IDB Summit, the Uruguayan President and the Minister of Industry announced a new program to consolidate the country as a hub for innovation and entrepreneurship.

“A businessman from São Paulo visited Uruguay a long time ago to decide whether to invest. While he attended meetings, his family spent time touring the city. The deal he was trying to close was nothing special and the businessman was not really sure about it, but on the day he was returning, his family told him about what they had experienced about daily life in our country. This investor from São Paulo closed business deals in Uruguay because, at the end of the day, everything ends up being a matter of feelings. Even in the most numerically clear business, the last impulse ceases to be rational and comes from within,” said Uruguayan President Luis Lacalle Pou during his welcome speech at the Test & Invest Uruguay Business Summit, exemplifying Uruguay’s success in attracting investment.

The Test & Invest Summit organized in Punta del Este by the Inter-American Development Bank (IDB) and the government of Uruguay sought to position the country as an attractive investment destination and innovation hub in Latin America. The activities included presentations by renowned international experts on cutting-edge topics in four strategic sectors: information and communication technology, biotechnology, renewable energies, and audiovisual services. 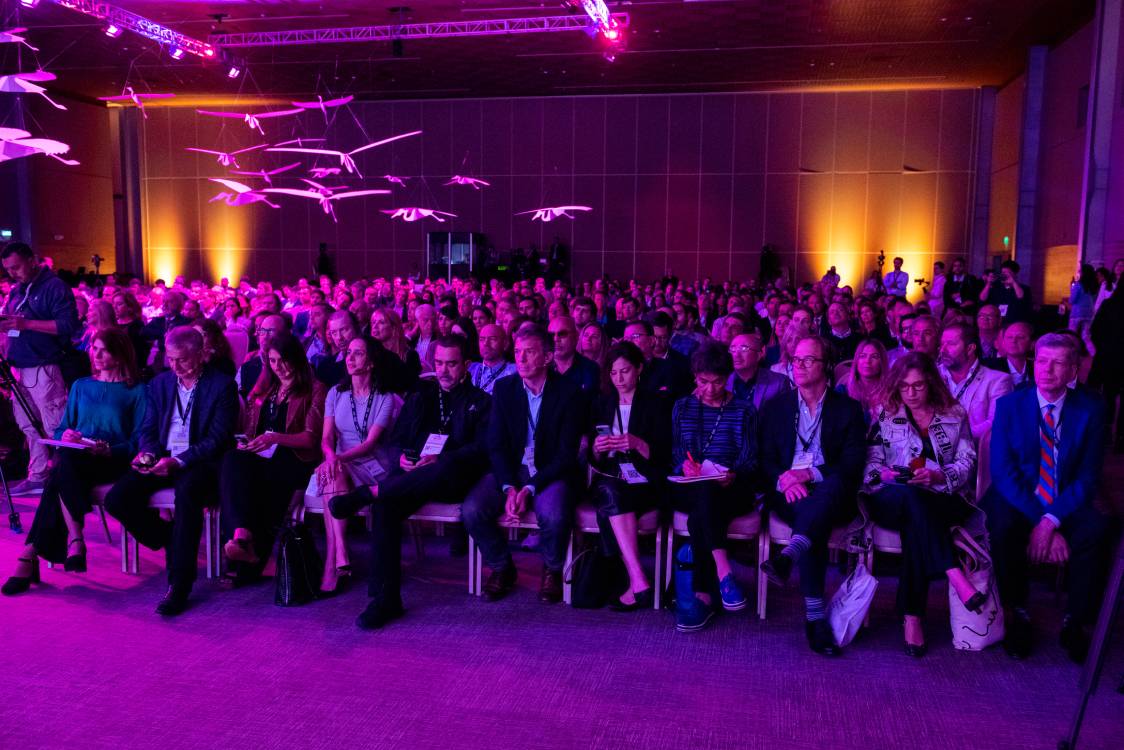 The President contrasted the world’s rapid and changing nature with the stability offered by Uruguay and added the strength of its institutions, its “old but increasingly effective” separation of powers, respect for contracts and long-term laws as the pillars that make the country “fertile ground for global ventures”.

He also said that Uruguay offers the possibility of testing innovation projects on a small scale and that since the 1990s it has been consolidating its position as a technology exporter. “To date, between software and ICT services, exports are around one billion dollars,” said the President, who also spared no words to highlight the local and foreign talent that was attracted to the country.

The event was the setting for several exchanges between national and international experts and the more than 1,000 attendees from 44 countries who arrived in Uruguay. It was also the setting for presenting the Uruguay Innovation HUB project, which will seek to strengthen the country’s position as a hub for innovation and entrepreneurship in the region.

“Uruguay’s purpose is to become a hub in Latin America,” said the Uruguayan President, who highlighted the growth of outstanding local enterprises that have achieved international status and the emergence of the first unicorns.

The Minister of Industry, Energy and Mining, Omar Paganini, added that the country is going through a key moment. He emphasized that Uruguay has stood out nationally and globally for its management of the pandemic, its institutional and social stability, its full democracy and also the context of economic growth and its commitment to environmental sustainability.

“We understand that this is the time to take a leap and become a regional investment and innovation hub. We have a place to test new products, to test a unique quality of life, to invest and develop innovative projects,” he summarized.

In this context, Uruguay Innovation HUB aims to support the country’s leap from being a business hub to a regional innovation hub. The public-private and inter-institutional program, under the umbrella of the National Agency for Research and Innovation (ANII), will focus on attracting and accelerating national and international startups, attracting investment funds, and encouraging the installation of open laboratories that strengthen the national ecosystem by accessing technology.

Along these lines, the government is already working with partners such as Microsoft, the state-owned telecommunications company Antel, the state-owned energy company UTE and Newlab studios at the Technological Laboratory of Uruguay (LATU) in artificial intelligence, Internet of Things and 5G laboratories.

In closing, President Lacalle Pou said that Uruguay can project itself as a hub in many areas. “You can dream, take risks, think outside the box and rest assured that you are in a firm place, where institutions, contracts and long-term laws are respected,” he said to visitors attending the Summit.