SEVEN REASONS THAT MAKE URUGUAY THE BEST PLACE TO DO BUSINESS

Considered the gateway to Latin America, this country of just over 3.4 million people guarantees access to an expanded market of 400 million people.

Do you know the seven reasons why Uruguay is the best place to do business? Several international companies choose Uruguay as a regional hub to expand their operations. Pepsico, BASF, Trafigura, Sony, UPM, Roche, Danone, Renault, are just some of the companies that have chosen to develop their businesses, centralize their production processes or install their distribution centers in the country.

The reasons are varied, but here we highlight five factors that are decisive for companies when choosing this country as the neuralgic center of their business in the continent.

A stable and predictable country

Uruguay is positioned as one of the main countries in terms of reliability in Latin America. For years it has had strong political and social stability, backed by a consolidated democracy and strong legal security. Its stability and predictability make this country the safest to invest in a region of high economic attractiveness.

Its sustained economic growth over the past 15 years has earned it the rank of investor, according to the main international rating agencies. In addition, the country's economy has grown at an average rate of 4.3%, the second highest average in the region. In this context, investors highlight the world-class infrastructure and the excellent quality of life the country offers for executives and their families.

The gateway to Latin America

Uruguay is a regional hub with a strategic location to access the rest of the region. Between its agreements with the Southern Common Market (Mercosur) and the free trade agreement with Mexico, Uruguay provides access to a market of more than 400 million people, which accounts for 68% of Latin America's GDP and represents a flow of foreign trade of almost 74% of Latin America's total.

The country is positioned as an extremely strategic site for the development of logistics and commercial activities, both for its geographical location and its advantageous legal and tax framework, as well as for the great development of value-added logistics operations from its regional distribution centers.

There is an investment promotion law in the country that guarantees equal treatment for local and foreign investors. Individuals and corporations can set up businesses without having to comply with prerequisites or obtain special permits from the state. Nor does it require a local counterpart.

In Uruguay there is no discrimination in the treatment of national and foreign capital, and investment promotion incentives are available to both. There are also no limits on the endowment of foreign capital in companies.

Additionally,  this country's Investment Promotion Law guarantees interesting tax exemptions for those who want to set up their companies there.

Human resources are highly competitive thanks to the combination of factors such as high basic education - technical and university - and the flexibility of Uruguayan workers to adapt to new processes or technologies.

Uruguay has the highest literacy rate in Latin America, reaching 98% of the population. Education there is public and free from kindergarten to university.

Uruguay was the first country in the world to provide free laptops to all students and teachers in public schools.

A place to enjoy

The country's capital, Montevideo, is the city with the best quality of life in Latin America according to the Mercer 2018 index. But the same happens in the rest of the Uruguayan territory, a country that invites to live in peace, with its wide fields and beaches that offer natural landscapes that coexist with modern cities or with historical places that conserve the aesthetics and airs of the colonial epoch like Colonia del Sacramento, to the west of the country.

This country's quality of life was boosted by its economic growth, which translated into higher per capita GDP growth. Indeed, it is the economy with the highest gross product in Latin America. But that's not all; it's also the most egalitarian country in that region.

With the objective of impacting its social and economic matrix and becoming a first class business hub, Uruguay achieved notable technological advances. Its wide connectivity and internet penetration are noteworthy. Ninety percent of Uruguayan households have access to optical fiber that guarantees a fast download speed and 100% of public schools have access to the Internet.

The submarine fiber optic cable that connects Uruguay with Brazil and the United States since 2017, opened the doors to enter the new world and signifies an advance in infrastructure for sovereignty and knowledge.

The South American country is an undisputed leader in communications and was designated in 2016 by the International Telecommunications Union as the most advanced nation in ICTs in the region. It is no coincidence, then, that a country with just over 3.4 million people has a community of no less than 600 companies in the ICT sector.

Among some distinctions are the installation of fiber optics in homes and the construction of a modern International Data Center with 40,000 servers recently awarded (2016) as the most outstanding in Latin America.

These important bets embody a superlative increase in the speed of data traffic and offer companies the possibility of setting up and developing first-rate communication businesses. In this sense, the country is number one in the region in e-services and is ideal for the installation of shared service centers. No less than 400 companies choose this destination - which also has free zones and juicy promotional regimes - to develop from Uruguay to the region.

Last but not least, since 2018 Uruguay has been part of the D7, the group of most advanced developing and digitally governed states in the world -together with Canada, South Korea, Estonia, Israel, New Zealand and the United Kingdom-, which aims to promote connectivity, digital citizenship, programming from childhood, open government, open standards and codes, and people-centered government.

Download here for free the Investors Guide of Uruguay and know the platform Invest in Uruguay here. 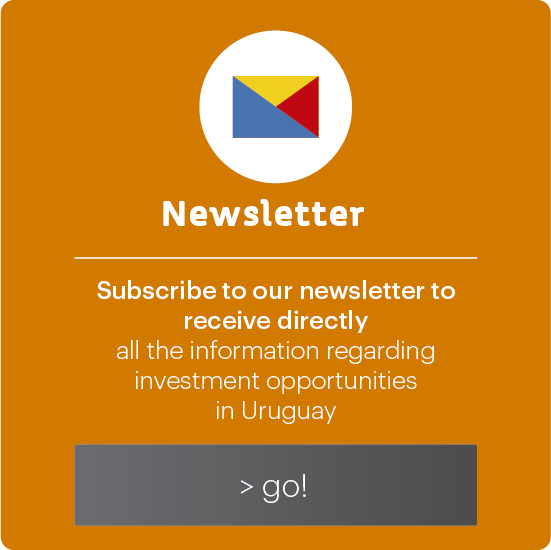 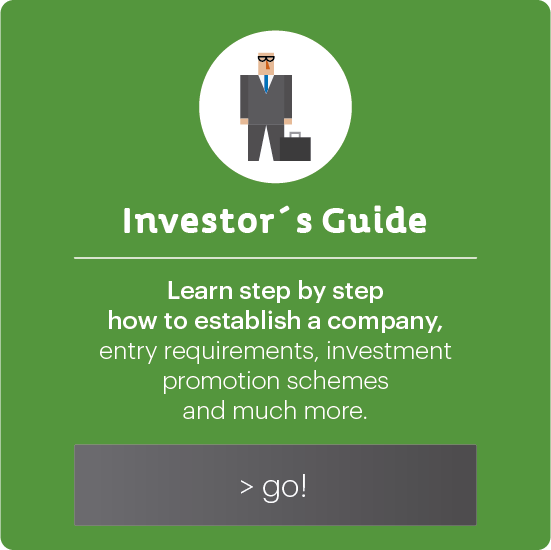 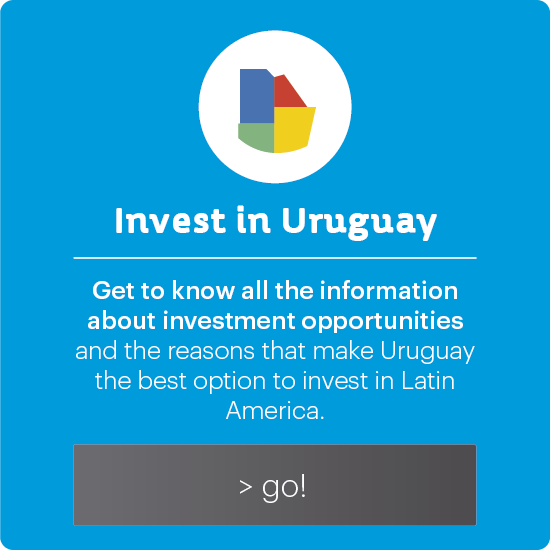 Nestlé invests US$ 35 million in Uruguay and makes it a...
Uruguay XXI continues with the +COMERCIO workshop series...
Microsoft chooses Uruguay as the location for its new artificial...