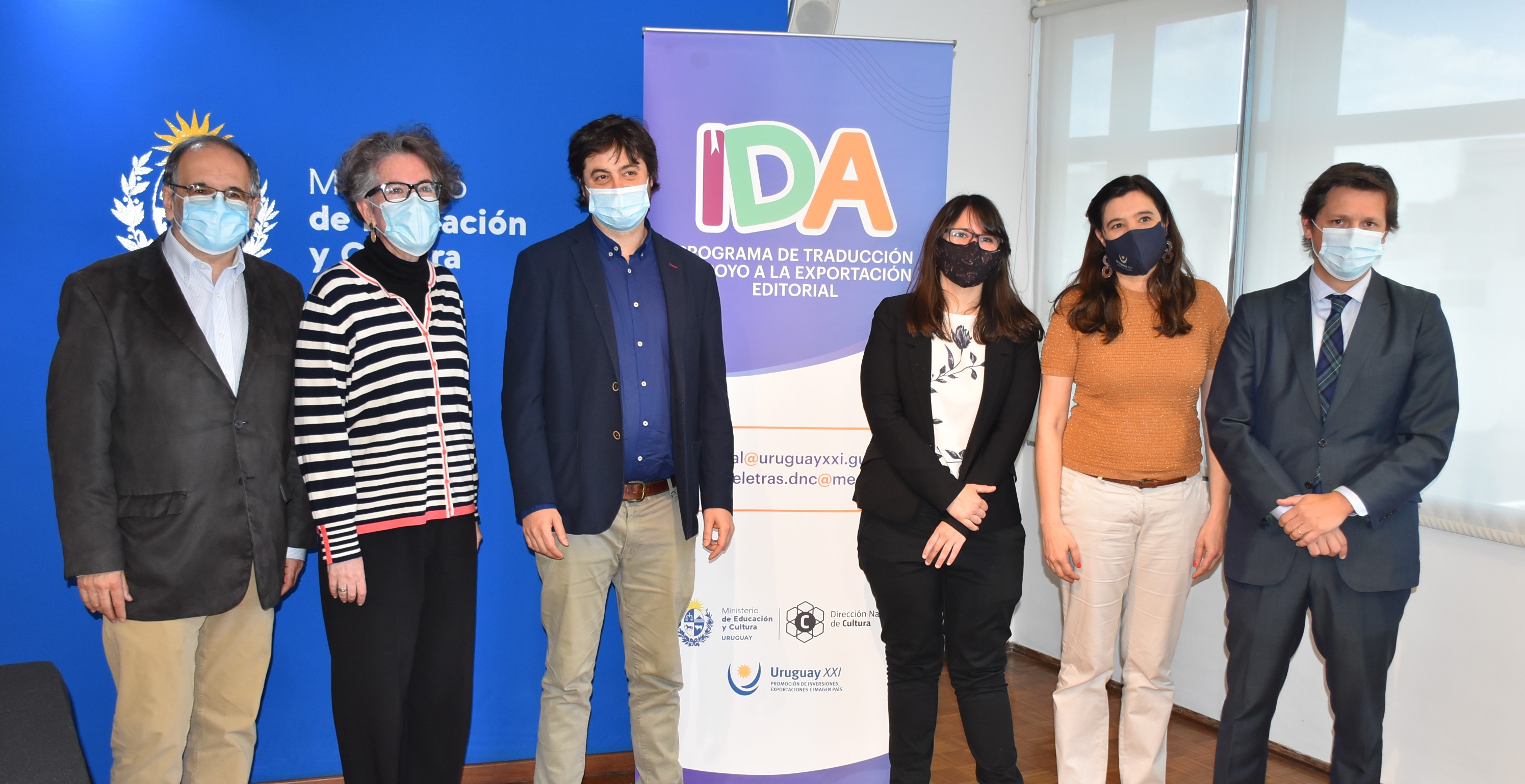 LITERATURE FROM URUGUAY TO THE WORLD

This year marks the third edition of the IDA Program, which seeks to stimulate the export of Uruguayan literary works.

This initiative seeks to promote the export of Uruguayan literature by supporting the translation, promotion, and dissemination of works by Uruguayan authors.

The IDA program is aimed at foreign publishers who wish to publish Uruguayan works in a language other than Spanish and at national publishers who want to promote a work internationally or produce an audiobook.

Previous editions of the IDA program were very well received: twelve works by Uruguayan authors were translated into English, French, Italian, and Portuguese, four audiobooks have been produced, and excerpts of Uruguayan works were translated for international promotion.

The Uruguayan publishing sector and its national works are recognized worldwide thanks to the country's long literary tradition (Uruguay is the most widely read country in the region and has the highest book production per capita in Latin America) and the prestige of its authors on the regional and international scene, distinguished by the originality and uniqueness of their productions.

This third edition presents four lines of support for publishers and authors. It includes two modalities aimed at the international level, including a new one for the translation of Uruguayan dramaturgy works and two other lines focused on the national level (production of audiobooks and translation of excerpts from plays or promotional catalogs).  -check them out here-.

This program has a budget of USD 30,000 (thirty thousand US dollars), and the call for applications will be open from Monday, November 8, 2021, until the funds allocated have been completed. The application modality will be an open window system, and the proposals will be evaluated monthly by a panel specialized in the sectoInformation on the different support modalities and terms and conditions are available on the IDA Program website

Nestlé invests U$S 35 million in Uruguay and makes it a...
Uruguay XXI continues with the +COMERCIO workshop series...
Microsoft chooses Uruguay as the location for its new artificial...