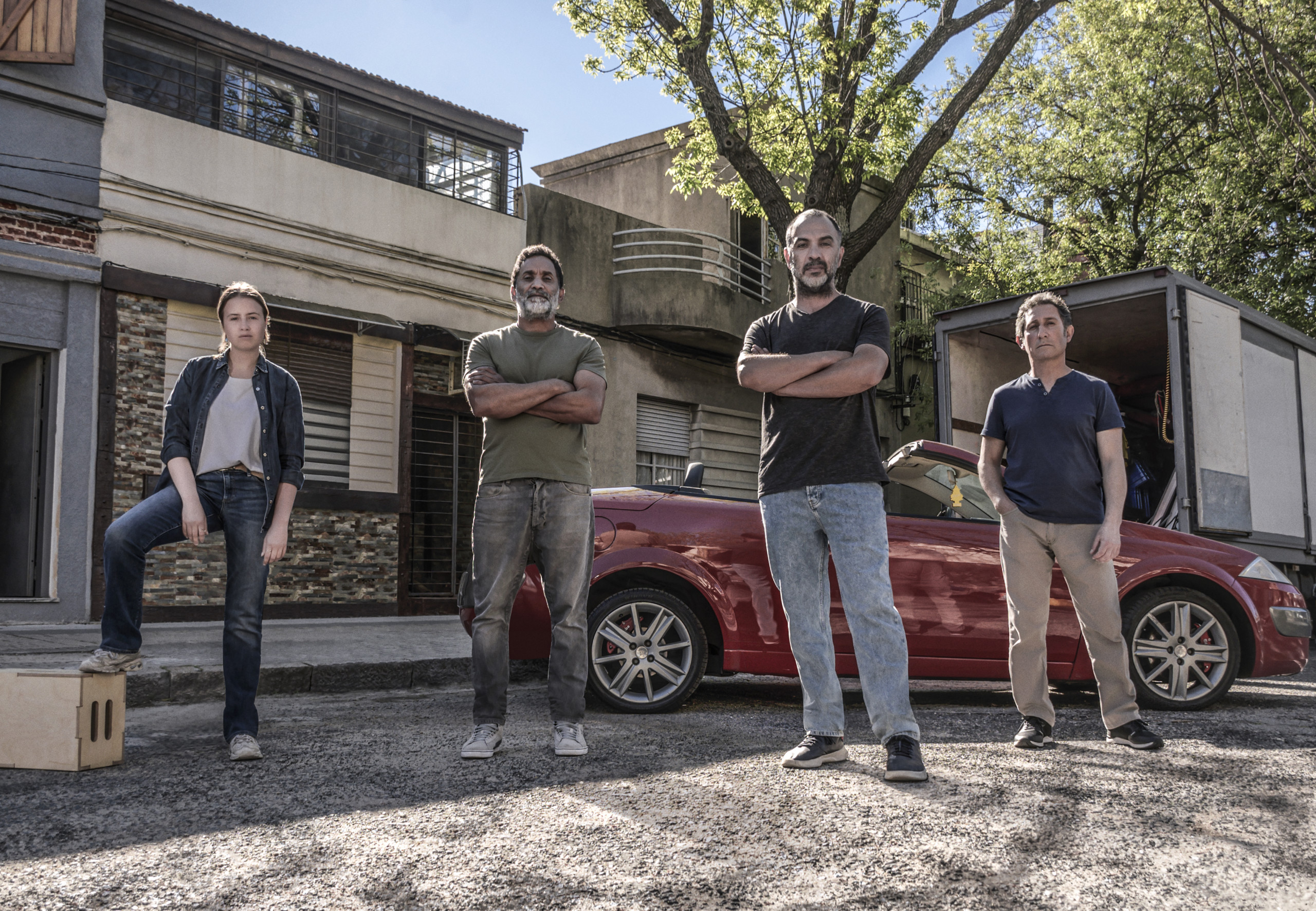 Stability, tax exemptions, special programs and a reliable governmental framework are some of the advantages that Uruguay offers as a film location.

Netflix is currently shooting Togo, its first Uruguayan production written and directed by the acclaimed Adrián Caetano. Caetano is executive producing alongside Luis Ara and Ignacio Jaunsolo of Trailer Films and Ska Films, production companies with more than 15 and 20 years of experience respectively.

The film is an urban western, one of Hollywood's most popular and mythical formats, in which two sides commonly confront each other.  The filming, which will last approximately one month, takes place entirely on the streets of Montevideo, mostly in the Palermo neighborhood.

"From Netflix we are happy to be able to make our first film in Uruguay, a country with a talented creative community and stories that deserve to be told. Adrián Caetano is a great filmmaker and we are proud to work with him again in Togo," said Francisco Ramos, VP of Content for Latin America at Netflix in a company statement.

For Caetano to return to film in Uruguay is a very special situation. "I feel this is a great opportunity to tell the story of Togo, a character that comes from my imagination with whom I share values and admire, having, in addition, the creative freedom and support of Netflix to be able to do so," he expressed.

Uruguay has been chosen by international audiovisual productions, among other things, thanks to the benefits it offers, ranging from tax exemptions to diverse and accessible locations.

The free exchange market, the absence of restrictions on the repatriation of profits, zero VAT and the fact that material goods used for the promotion of cultural activities can enter the country on a temporary admission basis, with quick processing of permits and authorizations, as well as the cash rebate program - which includes cash refunds of up to 25% on eligible expenses - and several lines of support for filming services and co-production works, are other significant advantages of the country.

In addition, few destinations in the world are so versatile and can offer multiple options in a maximum distance of 600 kilometers, which can be traveled from one end to the other in seven hours by routes that are always agile and clear. Beaches, prairies, rural areas, modern cities and Art Nouveau and Art Deco buildings offer a wide range of locations to recreate varied places such as Old Havana, Paris, London, Germany, the Caribbean, Italy or Ireland.

Uruguay also has the most efficient shooting time and a widely varied casting thanks to the diversity of its population with strong European ancestry. It also offers the opposite seasons to the northern hemisphere, which allows audiovisual productions to be made in summer during the northern winter, and it also has the fastest mobile Internet connection speed in Latin America and a wide coverage throughout the country.

Uruguay is a safe environment with a large immunized population and was the first country to resume these activities after the Covid-19 pandemic thanks to a protocol strictly aligned with the prevention measures recommended by the Uruguayan Ministry of Public Health (MSP) that guarantees the health safety of the industry's workers in all creative phases. Several international companies such as Amazon, Netflix, HBO and Sony, among others, have confirmed filming in Uruguay for 2021 and 2022.

Headed by President Luis Lacalle Pou, the official ceremony...
Uruguay celebrates its National Day at Expo Dubai with official...
Uruguay gets a new airline to connect with the world