The film "Belmonte" premiered at the Toronto Film Festival, and the Biarritz Film Festival will pay tribute with a retrospective of ten Uruguayan films, among other activities.

The value of Uruguayan cinema has already been demonstrated on several occasions. The 1990s marked a turning point in the local film industry with the premiere of the popular feature film "La historia casi verdadera de pepita la Pistolera" and "El dirigible". At the beginning of the 2000's the film "25 Watts", which received a dozen international awards, "En la puta vida", which also enjoyed great commercial success, the critically acclaimed "Whisky" and the also applauded "El baño del Papa", among many others.

These productions opened a door to Uruguayan cinema in the world, which today has great international recognition. Other successful productions followed, and now the story continues with the film "Belmonte," a co-production between Uruguay, Spain and Mexico that narrates the emotional journey of a divorced painter in the face of changes in his family map. 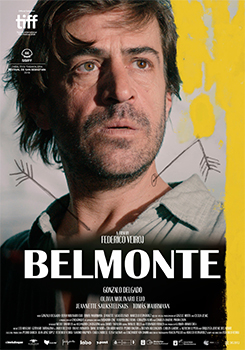 The feature film by Uruguayan director Federico Veiroj premiered on September 6th at the Toronto International Film Festival and will be presented in September at the San Sebastian Film Festival.

These exhibitions, that pay tribute to Uruguayan cinema, also celebrate the tenth anniversary of the creation of the Dirección del Cine y Audiovisual Nacional (ICAU) and the first law on cinema in Uruguay.

At the same time, two other films will participate in the official competition of the festival. Álvaro Brechner's "La noche de 12 años" will be shown in the Fiction section. "Locura al aire", about an encounter in Mexico of radios managed by psychiatric patients, in which Radio Vilardevoz, from the Vilardebó Hospital in Uruguay, participated, will be shown in the documentary section.

The sixty-sixth edition of the San Sebastian International Festival will also have Uruguayan presence. The film "Belmonte" will represent the country in the Zabaltelgui Tabakalera section, which seeks new looks and forms. In addition, three other films will participate for the Horizontes award: "La noche de 12 años", "Las herederas" and "Motoarrebatador".

Moreover, two other films were selected for the thirty-fourth edition of Cine en Construcción of that festival. Among a total of 181 productions, the Uruguayan films "Mateína" by Joaquín Peñagaricano and Pablo Abdala, and "Los tiburones" by Lucía Garibaldi, were chosen for this biannual program to support Latin American cinema.

Uruguay offers an ideal place to work easily and in harmony in the demanding times of the audiovisual industry, with the advantage offered by the short distances and clear roads, the outstanding level of its technicians and film infrastructure that the industry has, its naturally warm and friendly population and the fact that it is the safest and most transparent country in Latin America.

Learn more about the value proposition for the audiovisual sector offered by the country.

Government added Uruguay Audiovisual Program to the country's...
For eighth year in a row Uruguay is the best in Latin America...
Businessmen and investors of reference in the region highlight...