Learn how the Uruguayan delegation will present itself at the Game Developers Conference.

For the first time, Uruguay arrives with a delegation of creators at the Game Developers Conference (GDC), the largest event in the video game industry. This is a unique meeting opportunity this year for developers and video game professionals from around the world.

Uruguay will attend this online-only event thanks to Uruguay XXI and the Uruguayan Game Developers Association (CAVI), which will join the 12 studios and developers that were selected to be part of the delegation. This joint effort aims to promote the thriving industry that is emerging in the country, showing their unique talents and powerful creativity.

At the GDC, the Uruguayan delegation will show that it offers one of the best ecosystems for the video game industry. In addition to innovation, the country boasts a perfect mix of creativity and qualified talent, able to develop great video games for mobile platforms, personal computers and gaming consoles.

These are the studios participating in the GDC:

What Makes Uruguay a Unique Place for the Development of the Videogame Industry? 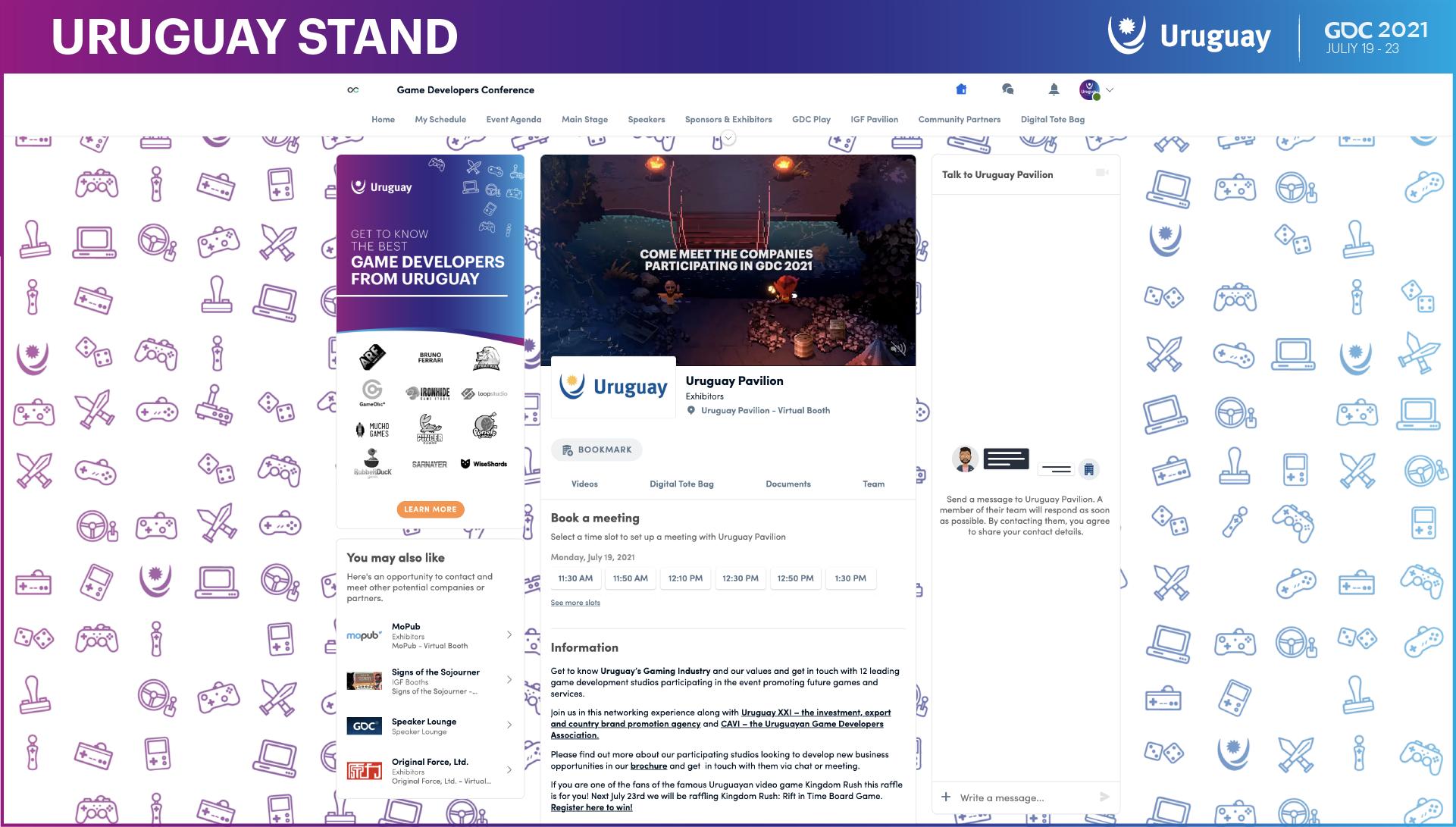 A Uruguayan Woman in the Spotlight

This year, the #1Reasontobe panel, historically organized by U.S. developer Brenda Romero and Dutch-Egyptian Rami Ismail, a leading voice in the industry on diversity issues and outreach to game developers from developing countries, will be hosted by Uruguayan Laia Barboza, co-founder of Pincer Games and known in the industry as Laia Bee.

The panel, which celebrates diversity, brings together women from different countries around the world to share their reason for being in the video game industry, their stories, their challenges, and their dreams.

This year, the panel will be composed of seven women from South Africa, the United States, Chile, Colombia, Guatemala, and Palestine, in addition to Laia, who will be the coordinator from the CAVI for the Latam Video Games Federation.

Uruguay XXI inaugurates +COMERCIO workshop series for companies...
For the first time Uruguay will have a country stand at...
Official delegation completes its agenda at Expo Dubai